What proportion of initially prescribed antidepressants is still being prescribed chronically after 5 years in general practice? A longitudinal cohort analysis.

Verhaak, P.F.M., Beurs, D. de, Spreeuwenberg, P. What proportion of initially prescribed antidepressants is still being prescribed chronically after 5 years in general practice? A longitudinal cohort analysis. BMJ Open: 2019, 9(2)
Lees online
Objectives
Antidepressant prescribing almost doubled in the Netherlands between 1996 and 2012, which could be accounted for by longer continuation after the first prescription. This might be problematic given a growing concern of large-scale antidepressant dependence. We aimed to assess the extent and determinants of chronic antidepressant prescribing among patient aged 18 years and older. We hypothesise a relatively large prevalence of chronic (>2 years) prescription.

Setting
189 general practices in the Netherlands.

Participants
326 025 patients with valid prescription data for all 5 years of the study.

Results
Antidepressants were prescribed to almost 7% of our 326 025 participants each year. They were prescribed for depression (38%), anxiety (17%), other psychological disorders (20%) and non-psychological indications (25%). Antidepressants were prescribed in all 5 years to the 42% of the population who had at least four prescriptions dispensed in 2011. Chronic prescribing was higher among women than men, for those aged 45–64 years than for those aged >65 years and for those treated for depression or anxiety than for non-psychological indications (eg, neuropathic pain). Chronic prescribing also varied markedly among general practices.

Conclusion
Chronic antidepressant use is common for depression and for anxiety and non-psychological diagnoses. Once antidepressants have been prescribed, general practitioners and other prescribers should be aware of the risks associated with long-term use and should provide annual monitoring of the continued need for therapy.
Depressie
Geneesmiddelen / medicijnen 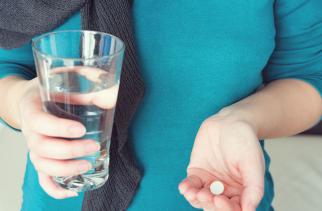