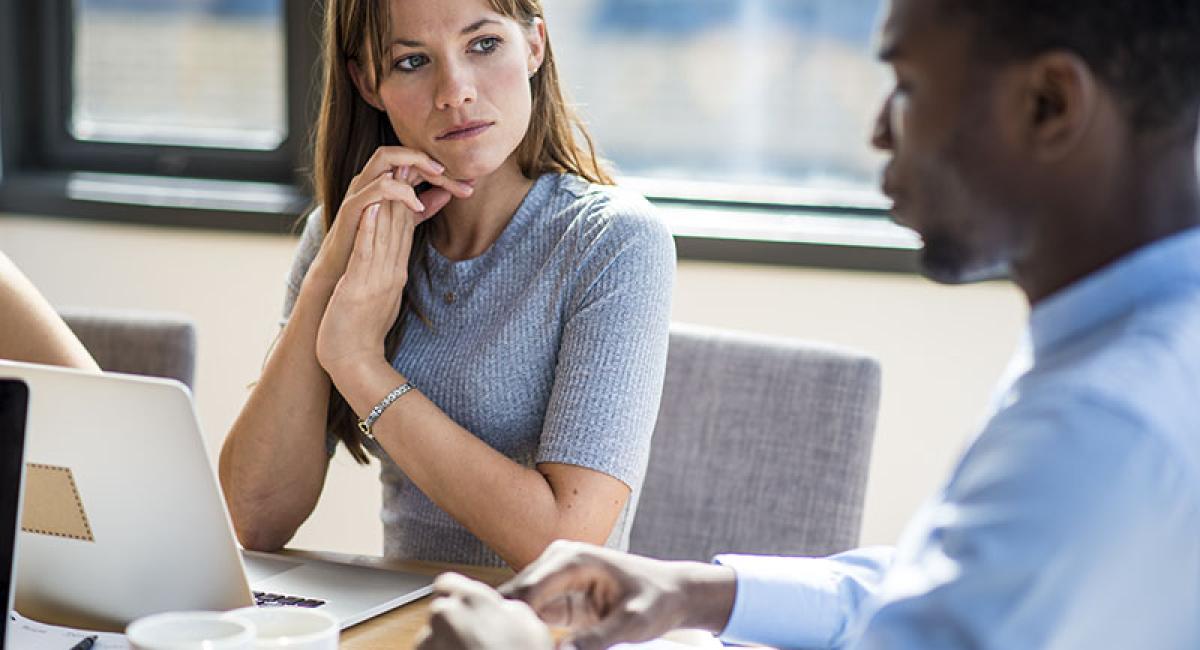 In one-on-one conversations, men and women do not differ in their language use, although women emphasize their listening role more often

Contrary to what many people expect, there appear to be little or no differences between men and women in their use of language in one-on-one conversations. However, women are more likely to take supporting turns, such as emphasizing their listening role by nodding, using words like ‘sure’ and 'yes'. Also women tend to interrupt their conversation partners more often in a cooperative manner, by asking them for clarification or more information. These are the results of a scientific research conducted by Radboud University Nijmegen, Nivel Institute and Radboudumc.

In general it is said that men are direct and interrupt their interlocutor more often, while women make use of subjective words like ('maybe' and 'I think'). But in reality the relationship between gender and language use is a lot more complex, also in communication in healthcare.

Few if any differences, except in supportive turn-taking

For our literature review, we examined 15 studies on male and female language use in more detail. We focused on language use in one-on-one conversations and defined more than 30 linguistic variables, such as interruptions, intensifiers (‘very much’), uncertain language use (‘probably’, ‘right?’), total word count, head movements, and pronouns (‘I’, ‘you’). No gender differences were found for most variables. Only in experimental situations where participants' gender identity or gender roles were emphasized, some differences were found between male and female speakers in language use. However, several studies in the literature review did find that women were more likely to emphasize their listening role or interrupt their interlocutor in a supportive manner.

These insights are used in analyses of cooperative and intrusive interruptions in GP-patient conversations. We are looking at the extent to which the types of interruptions are related to medical role (physician vs. patient), gender and consultation phase. As soon as this study is published, we will also report about it on the Nivel website.

About the literature review

For our research, we selected 15 studies on male and female language use published since 2000. The conversational contexts ranged from everyday interactions and experimental task-based interactions to conversations in court and medical consultations.