Increasing incidence of reported scabies infestations in the Netherlands, 2011–2021.

Methods
Two national data sources were analysed descriptively. One data source obtained incidence data of scabies (per 1,000 persons) of persons consulting in primary care from 2011-2020. The other data source captured the number of prescribed scabicides in the Netherlands from 2011-2021. To describe the correlation between the incidence of diagnoses and the number of dispensations between 2011 and 2020, we calculated a correlation coefficient.

Results
The incidence of reported scabies has increased by more than threefold the last decade (2011-2020), mainly affecting adolescents and (young) adults. This was also clearly reflected in the fivefold increase in dispensations of scabicide medication during 2011-2021. The incidence and dispensations were at an all-time high in 2021. We found a strong correlation between the reported incidence and the number of dispensations between 2011 and 2020. 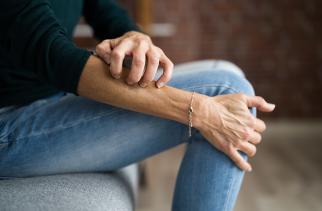