Dückers, M.L.A., Baliatsas, C., Spreeuwenberg, P., Verheij, R.A., Reifels, L., Yzermans, C.J. Immediate and long-term health impact of exposure to gas-mining induced earthquakes and related environmental stressors. European Journal of Public Health: 2021, 31(5), 715-721
Lees online
Background
Little is known about the public health impact of chronic exposure to physical and social stressors in the human environment. Objective of this study was to investigate the immediate and long-term health effects of living in an environment with gas-mining induced earthquakes and related stressors in the Netherlands.

Methods
Data on psychological, somatic and social problems recorded routinely in electronic health records by general practitioners during a 6-year period (2010–2015) were combined with socioeconomic status and seismicity data. To assess immediate health effects of exposure to ML1.5 earthquakes, relative risk ratios were calculated for patients in the week of an earthquake and the week afterwards, and compared to the week before the earthquake. To analyse long-term health effects, relative risks of different groups, adjusted for age, sex and socioeconomic status, were computed per year and compared.

Results
Apart from an increase in suicidality, few immediate health changes were found in an earthquake week or week afterwards. Generally, the prevalence of health problems was higher in the mining province in the first years, but dropped to levels equal to or even below the control group in subsequent years, with lower relative risks observed in more frequently exposed patients. 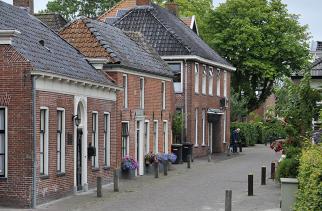