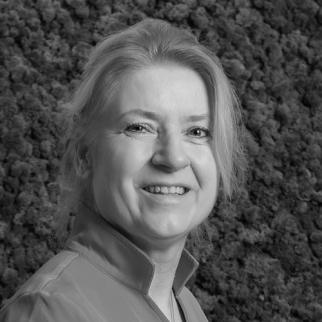 Anneke Francke was trained as a nurse and sociologist. At Nivel she is coordinator of the nursing research program 'Nursing Care and Elderly Care'. In addition, she is professor at VU University, where she holds the chair of ‘Nursing and care at the end of life’. At Nivel she leads a research team of three senior researchers and a varying number of (junior) researchers. In addition, she supervises PhD students, who are often employed at VU University or at Nivel. Her research work and additional activities are characterized by extensive cooperation relations with national and international partners from universities, healthcare and professional organizations. She is, for instance, currently involved in an international Taskforce on Nursing Education in Palliative care.

Career
2009 - present: Professor by special appointment (parttime) in VU University Medical Center, Amsterdam. Chair: Nursing and care at the end of life
1998 - present: Program coordinator of the Nivel research program Nursing Care and Elderly Care. Important research topics include 'Palliative care' and 'Care for people with dementia'
1998 - 2006: Professor (for teaching) in 'Care Studies' at the Free University of Brussels (part-time), at the Department of Medical Social Sciences
1993 -1997: Coordinator (part-time) for the teaching module 'Research in care' in Nursing Science, University of Utrecht
1995 - 1998: Researcher at the Helen Dowling Institute, in the context of scientific research into pain management by nurses in cancer patients
1987: Research assistant in a policy research of then lung clinic Klokkenberg Breda.
1983 - 1987: Part-time nurse in various hospitals and nursing homes in the Utrecht region
1983 - 1984: Part-time assistant in a general practice in Utrecht (part time while studying sociology)
1977 - 1981: Student-nurse and registered nurse in Gasthuis hospital in Middelburg
Education
1996: PhD at Maastrich University. Title PhD-thesis: ‘Continuing pain education: the impact on nursing practice’
1982 - 1987: Study Western Sociology at University Utrecht
1981 - 1982: Propedeuse Social Academy in Kampen
1977 - 1981: In-service nursing training in Gasthuis hospital in Middelburg
(Board) Memberships
2014 - present: Co-chair of the Nursing Task Force on Palliative Care Education of the European Association of Palliative Care
2017 - present: Member of the Scientific College Nursing, in which all nursing professors from the Netherlands participate
2016 - 2019: Member of the Accreditation Committee innovations in elderly care, under the coordination of Vilans.
2015 - 2019: present: Member of the ZonMw Committee for Quality of Care Development quality standards for nursing
2014 - present: Member of the board of Expertise Center Palliative Care Amsterdam
2013 - 2019: Deputy chair of the Supervisory Board of care organization De Rijnhoven in the western region of Utrecht
2013 - 2017: Member of the Central Committee Research in Humans (CCMO) in The Hague
2013 - present: Member of the jury or the Anna Reynvaan award
2012 - 2017: Member of the advisory committee science for the professional association V&VN
View all researchers